This is my newest microcontroller board. Its based on an ATMega8/88 Controller. It’s suitable for small automation and measurement applications. The application can be battery powered or use a small external power supply. 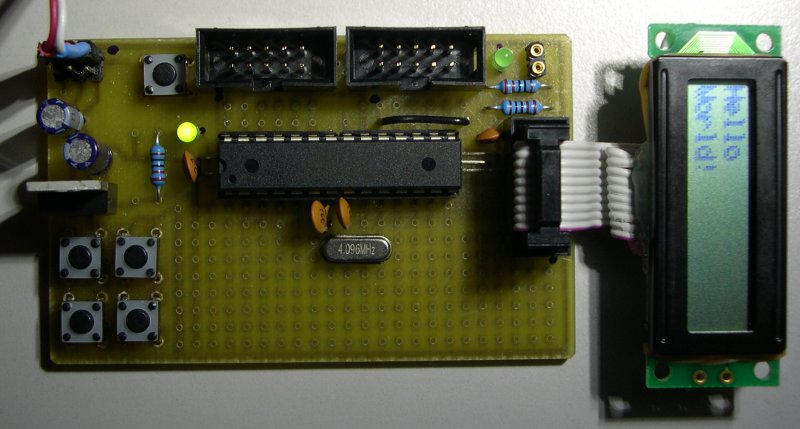 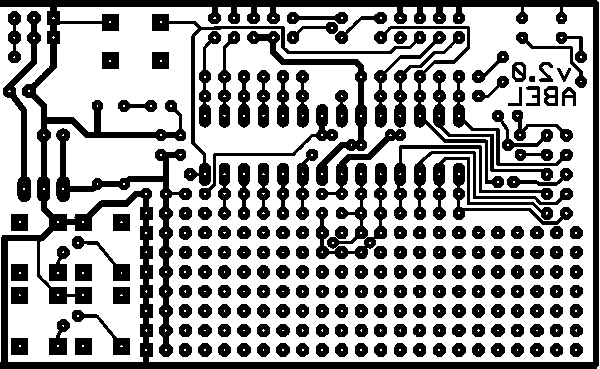 How I built the board:

Some folks from AkaModell and I are planning to build our own remote controls. We decided to use Xbee-PRO 2.4GHz wireless communication modules from Digi (www.digi.com). It is known that some manufacturers of radio controls also use the same modules integrated into their own hardware.

Before constructing the complete remote control system I decided to build a telemetry system to be able to test the communication link during usage. To toy around with the modules, before actually building the telemetry system, I connect them via rs232-USB Adapters to ordinary computers.

The following picture shows two Xbee-Pro Modules with rs232 to USB converters. Modules are powered from the USB Bus. Since they need a supply of 3.3V I also use two low drop voltage regulators (LF33CV). 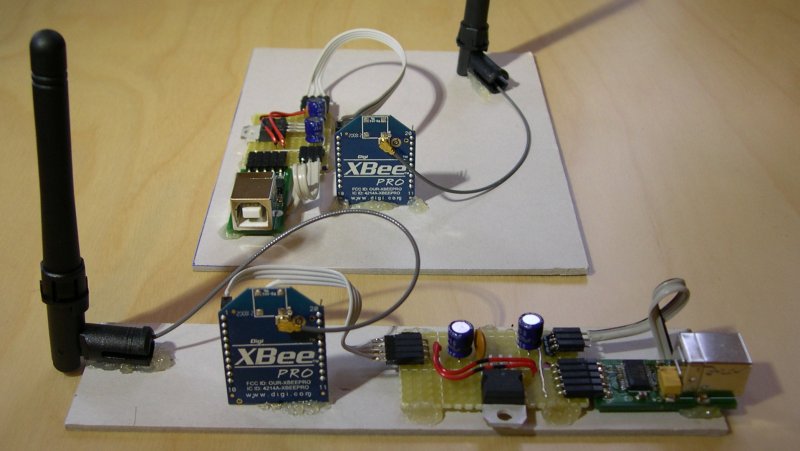 This project is another hack of an Ikea desk lamp. The lamp was not bright enough for my purposes. So I decided to remove the old light bulb in order to replace it with high power LEDs. 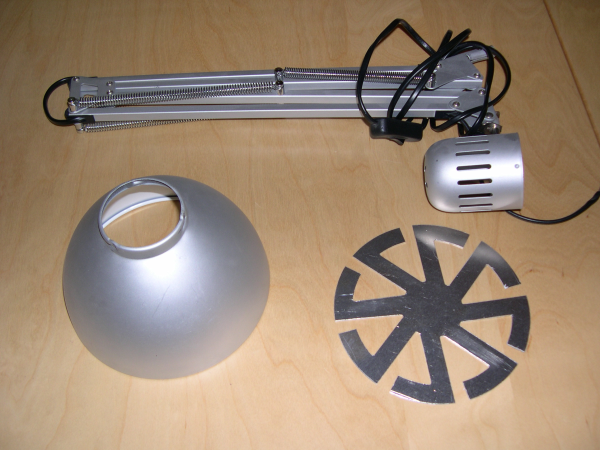 This picture shows the parts of the lamp including a heat spreader milled from 1.5 mm aluminum sheet. Using a heat spreader is very important here because the LEDs become very hot and might get damaged if they are not cooled enough. My Idea for this lamp here is to use the spreader to conduct the heat away from the LEDs to the metal shade of the lamp. 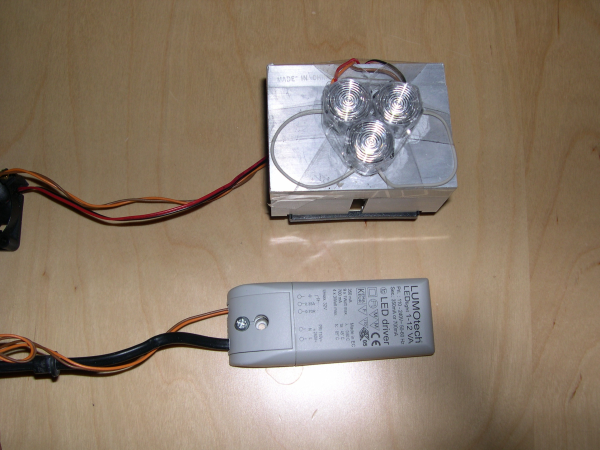 After planning a while I decided to buy a commercial LED driver, instead of building my own driver. This one here is from LUMOtech and for example available at www.dotlight.de. It does some magic things to produce the necessary 700mA from 230V.

I’m using three Luxeon Star Emitters. Each of them has 3W. I also bought some Carclo collimator lenses. To test the LEDs I mounted them onto a heat spreader from an old computer. 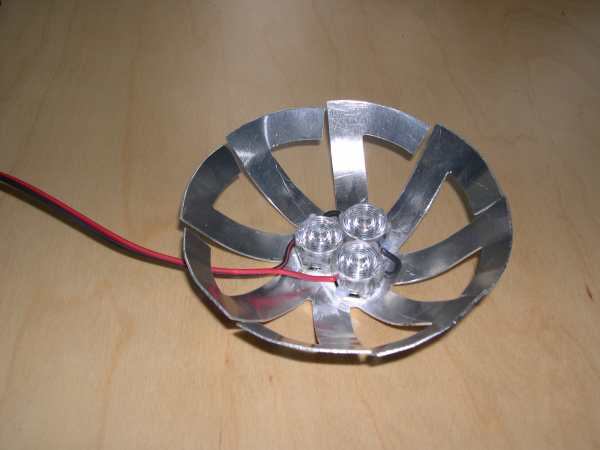 I mounted the LEDs onto the spreader with 3mm plastic screws and conductive paste. After that I glued the lenses on the top of the LEDs. 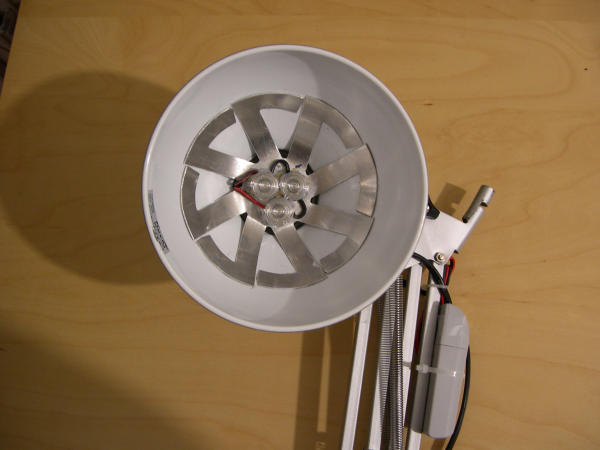 In the end I used instant adhesive to glue the spreader into the shade of the lamp. Of course it is better to use a connection that conducts heat better than superglue, like metal screws etc. In this case it looked just better without screws.

I also monitored the LED temperature for a while. During normal use the LEDs have temperatures around 45°C which is still quite OK. 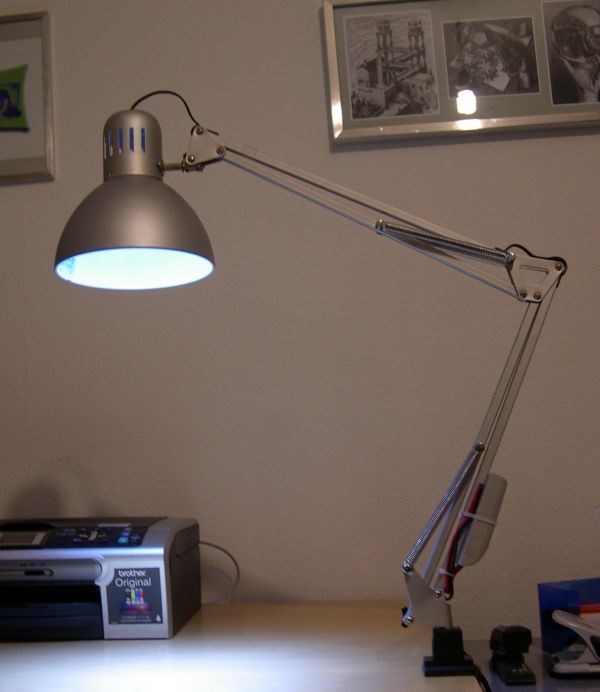 Here is the complete lamp. The overall power consumption is 9W. 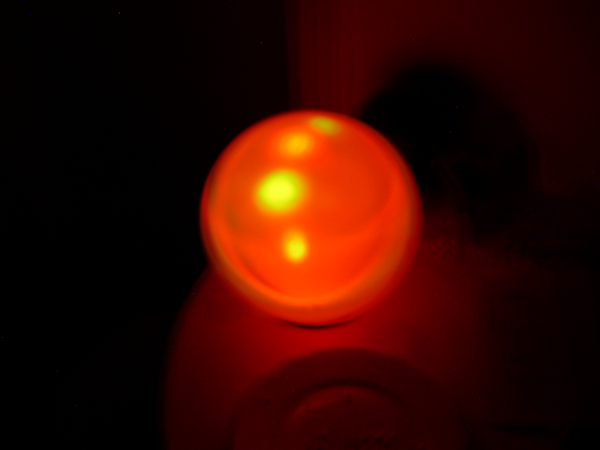 Battery powered lightning device with some ultrabright LEDs. Built into a Fado Lamp from Ikea. The LEDs are controlled with an Atmel Attiny45 and are dimming on and off in organic rhythms. Very nice and very high Woman Acceptance Factor (WAF) :) 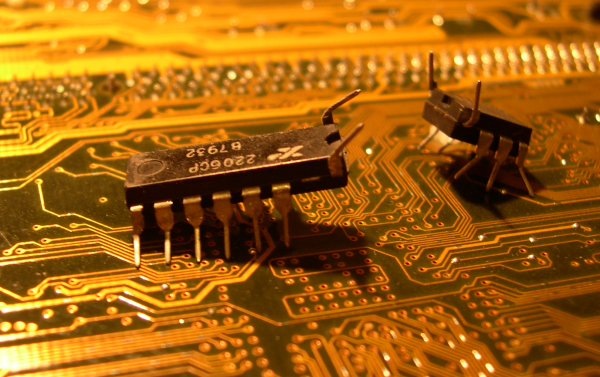 ... populating your computer and eating your motherboard.

My intention is to create some small micro controller boards that can be used as universal platform for other projects.

The design is improved evolutionary :)

Here is a picture of a second version of the board with some optional parts. The wiring is also evolutionary :). 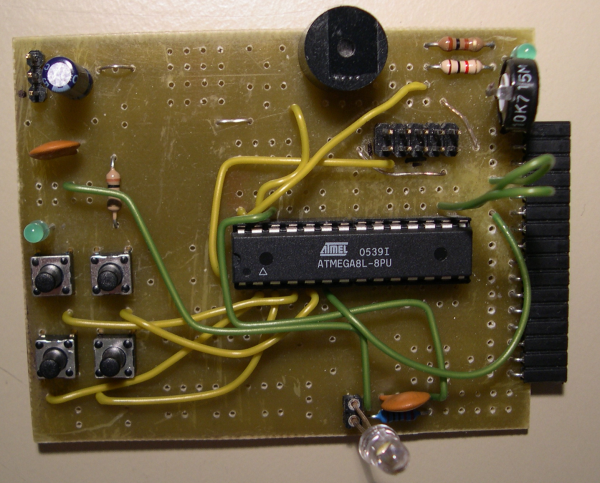 Currently I’m working on the third version of the board. When It’s finished you may find the Eagle files here.

This project is quite similar to Lady Adas SpokePOV Project (http://www.ladyada.net/make/spokepov/index.html).

A hall sensor is used to measure the velocity. And a micro controller is used to drive 32 ultra bright green LEDs. You can use several images with a size of 16x128 pixels. The knob on the board changes the image that is presented. Images can be painted with the gimp, a small Python script transfers them into the appropriate source code format.

This picture was taken during a test. 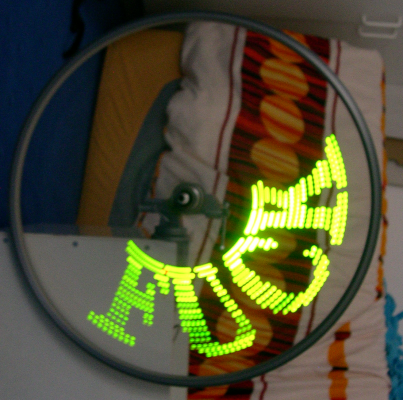 Do not take the message literally :)

The “Power-napping-counter” is a small micro controller driven device. Its purpose is to wake a power-napper from power-napping.

It provides a release button, a customizeable timer and an alarm clock that uses either headphones or an internal beeper. If the button at the top is pressed the counter gets into an armed state. When the button is released afterwards (instantaneously or after falling asleep) a countdown is started. If the counter reaches zero an awakening sequence is played on he headphones or on the beeper. It's inner values are mostly an AtMega8 Controller and two AAA Batteries. 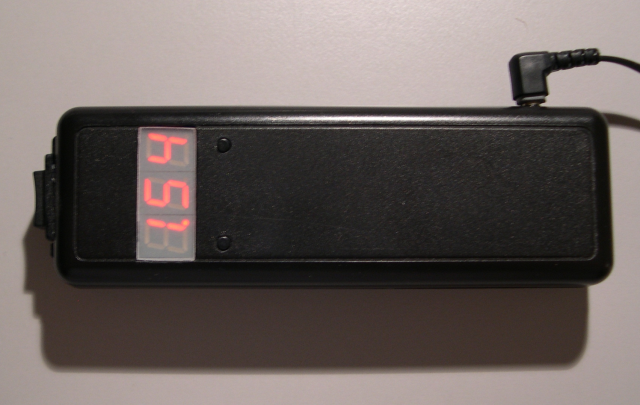